The following shows are available for bookings, as well as specifically designed shows for your special event.

This delightful collection of love songs marks the cycle of life. This show challenges the usual sentimental treatment of love and joyously captures a variety of relationships and songs often overlooked. There is a taste of Jacques Brel (Ne Me Quitte Pas), lost love from the ’70s as told by Joan Baez (Diamonds & Rust), a quick trip to the Italian Riviera with Noel Coward (Love on the Piccolo Marina) and the delicious homicidal élan of Rodgers & Hart (To Keep My Love Alive).  These songs recount finding love, handling its loss, and staying in love while keeping a smile throughout it all. 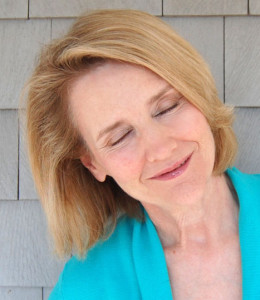 Dreaming is the easy way to take a chance, go back in time, imagine the future and share the experiences of others.  There’s no risk, no reality, just hope.  Dreams are only limited by the imagination so “Anything Goes”.  This show will take you through shared experiences where you will surely find your dream.

“I Dreamed a Dream” that “Maybe This Time”  “I Loved”  “My Man” at “A Bar on the Piccolo Marina”. These songs, a dreamy tango and dreams of paradise are found in songs by Gershwin, Berlin, Brel and others.  Everybody has a dream and you’ll find yours in Barbara McCarthy’s show, DREAMING THIS TIME.

When you begin “Stepping Out”  in your “Top Hat” you think you’re “Putting on the Ritz”.  “Count Your Blessings”, such as the “Blue Skies”  above and the music of Irving Berlin, America’s most prolific and popular songwriter.  He couldn’t read nor write music, but as Jerome Kern said of him, “He not only wrote American music, he WAS American music.  He became the King of Tin Pan Alley with his first hit, “Alexander’s Ragtime Band” at the age of twentyone. He continued writing over 1500 songs for another eightyone years.  Among the songs in this show are “Let’s Have Another Cup of Coffee”,  “What’ll I Do?”, and “Always”.  Audiences love it, “They Say It’s Wonderful”!

LET’S DO IT!  The naughtiness of Cole Porter is perfectly exhibited in his first big hit, written in 1928.  He was noted for sophisticated and sometimes raunchy lyrics which blended humor, sensuality, and innuendo.  He was one of the greatest song writers of the 20th century, producing over 800 songs, many of which have continued to be recorded by new generations of singers.  Cole Porter was clever, cosmopolitan and came from the heart. “I don’t know how I did it,” he said, shortly before his death.  But do it, he did!

Cole Porter, son of a pharmacist, a French Legionnaire, an international playboy, a Yale grad and Harvard dropout, wrote lyrics and music for many Broadway hit musicals between World War I and II.  Much of his work came from his own worldly travels and experiences which produced the cheerful lover in “You’re the Top” and “It’s Delovely”, and the wistful soul in “Every Time We Say Goodbye”.  The burning obsession in “I’ve Got You Under My Skin” and wanton bravura of  “Love for Sale” from THE NEW YORKERS are purely Porter at his best.

Porter’s songs are still popular. Included are “Miss Otis Regrets”, “From This Moment On” and “I Get No Kick from Champagne”, with those already mentioned and many others.  A hit- packed show for sure!

Brother Can You Spare a Dime?
Songs of the 1930s

They were the days of Fred and Ginger, the Gershwins, the Marx Brothers and the Wizard of Oz. People felt like a tycoon playing the new board game, Monopoly, now that they couldn’t actually be one in the stock market. The Great Depression was on. Life was tough, but spirits were high. One song becomes the nation’s anthem for the decade — “Brother Can You Spare a Dime?” Dancers, not runners, were the stars of marathons and the price was “Ten Cents a Dance.” In spite of 25% unemployment and incomes dropping by a third, people believed in a better tomorrow. The music of the decade, indicative of good times and bad, carried them through.

Featuring the Songs:
“Let’s Get Another Cup of Coffee,” “September Song” and “Lydia the Tattooed Lady”

McCarthy performs memorable songs by Hoagy Carmichael such as “Stardust,” “Skylark” and “I Get Along Without You Very Well”. She proffers Cole Porter songs such as “Just One of Those Things,” “Anything Goes” and “Easy to Love” which were a tonic for a disillusioned age. The songs of the sophisticated Sir Noël Coward are performed with their full-bodied lyrics and contemporary wit.

George Gershwin, raised on the Lower East Side and one of the youngest song pluggers on Tin Pan Alley, became one of the most popular composers of the early 20th century. With his brother and collaborator, Ira, he wrote songs known the world over such as “I’ve Got a Crush on You,” “Someone to Watch Over Me” and “Embraceable You.” Gershwin composed the music for many Broadway Shows including “Girl Crazy” and “Funny Face.” He composed music for films such as “Shall We Dance” starring Fred Astaire and Ginger Rogers and featuring the song “They Can’t Take That Away From Me.” These, and a great collection of Gershwin classics are featured in this show.

Here’s to the Ladies

This “well conceived cabaret show” has been continuously evolving since its inception. With so many songs being written about and by women, the current show reflects this growing and rich body of music. There are the women women who “can’t say ‘no'” such as Ado Annie in Oklahoma and in Kurt Weill’s “The Saga of Jenny,” and those who said “yes” a little too often. These and many other women and their life experiences are insightfully recognized in this moving show. 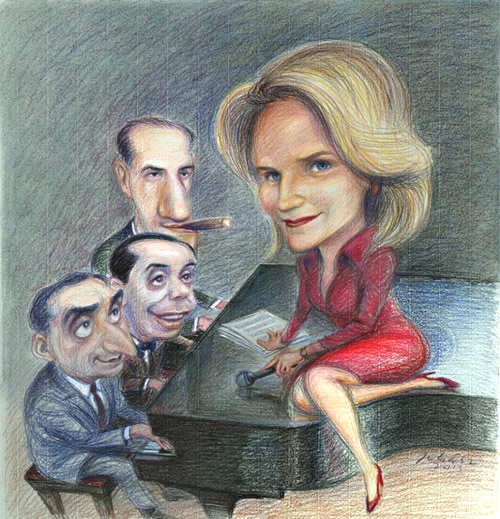